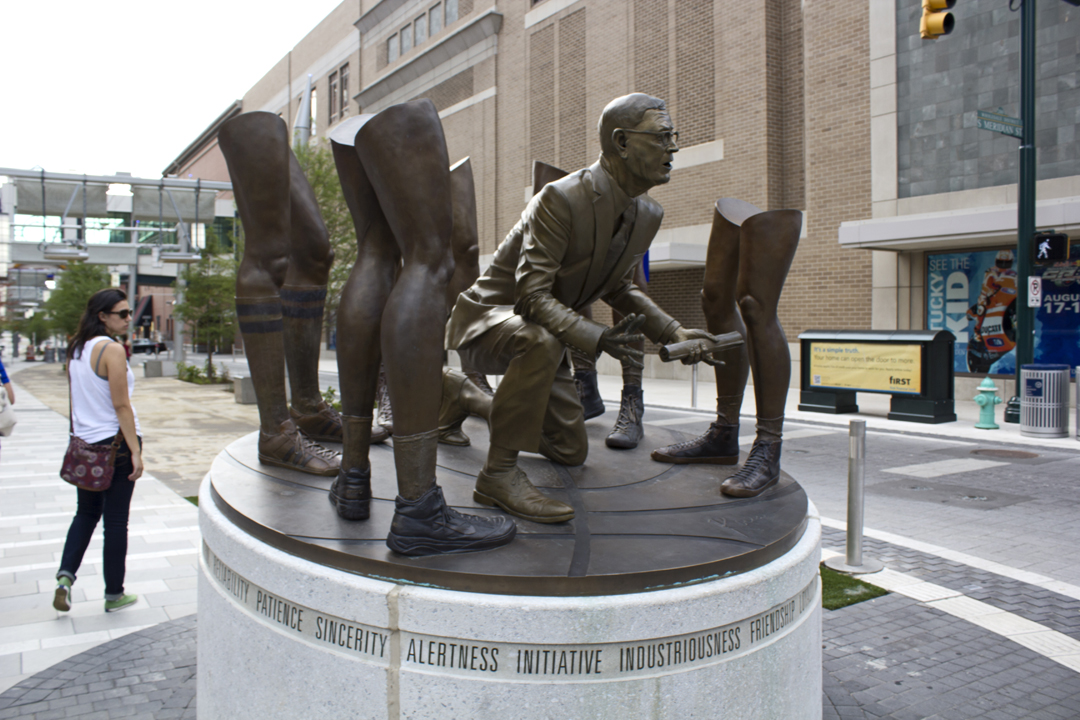 This bronze sculpture honors the legendary coach with a fitting and interesting tribute on a major downtown pedestrian passage.

John Wooden was born in Central Indiana and played college basketball at Purdue University.  There he won a national championship and was a three time All-American.  Following his college career, he played professional basketball in Indianapolis while also teaching high school classes and coaching.  In 1942 – at age 32 – Wooden enlisted in the Navy and served three years during  World War II.  After the war he coached basketball at what is now Indiana State University and moved on in 1948 to his permanent and legendary head coaching position at UCLA.  There he won ten national championships in a twelve year stretch including an unparalleled seven in a row.  He has been inducted into the Basketball Hall of Fame as both a player and a coach, one of only three members to do so.

The sculpture itself depicts Wooden with in a kneeling position with his rolled up playbook in hand and surrounded by the legs of his players.  His facial expression is intense, focused and disciplined.  The players surrounding him are wearing socks and footwear of different periods, representing various key moments of his career.

‘Woodens Legacy’ is located at the intersection of Meridian and Georgia Streets in a new constructed and highly detailed median.  This corridor connects the Indiana Convention Center with the Conseco Fieldhouse while intersecting a number of major north/south corridors.  It is worth the walk down the corridor with this sculpture being a highlight. 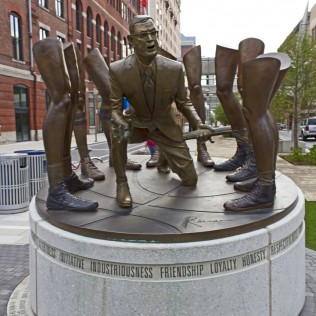