09 May The Top Three Memorial Walls in America

-1. The Vietnam Veterans Memorial is a memorial dedicated to those who served and died in the war. The plot of land on which the Memorial is built occupies two acres in the Constitution Gardens. The legislation was signed by Jimmy Carter signed approving the plot, which took three years to build. The plan received over nine million dollars from private contributors. There were four criteria for the design: to be a reflection of that which it represents; to harmonize with its environment; to have the names of those who served; and imbue the public with no political message about the war itself. 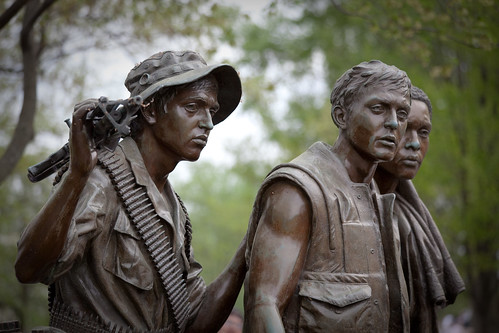 -2. The World War II Memorial is a more recent addition to the National Parks and Memorial System. The legislation for this memorial was enacted by President Clinton in 1993. More than 400,000 died during the war and these bronze plaques commemorate their lives. The Memorial was finished in 2004 after three years of building. A much larger scale effort than the Vietnam Veterans Memorial, the WWII Memorial walls received $16 million from the government as well as $197 million in contributions.

-3. The World Trade Center Memorial Exhibition, used memorial walls to remember all of those who died on September 11, 2001 and February 26, 1993 in the World Trade Center terrorist attacks. Three thousand photos of those who died are located on the exhibition. The museum is one of the most personal spaces for remembrance. Interactivity will allow visitors to understand more about the lives of the victims than traditional bronze plaques.

For nearly 150 years, remembering those who died in battle or as Americans in an altogether different cause has been tradition. Memorial Day began after the Civil War ended, when family members decorated the graves of their lost loved ones. Decoration Day became an official holiday in the North by 1890. After WWII the focus of the holiday shifted to the American necessity to uphold and preserve freedom around the world. In 1967, Federal Law renamed it Memorial Day and the Uniform Holidays Bill moved Washington’s Birthday, Veterans Day and Memorial Day to specified Mondays to allow for three day weekends of remembrance. Today most businesses recognize this day as the unofficial start of summer and are closed in observance.

There are many other memorial walls scattered throughout our country, along with National Cemeteries, statues, bronze plaques, museums, monuments and other forms of remembrance. These three are likely to be the largest and most enduring.