A bronze statue of painter LS Lowry has been created to sit at the bar of Sam’s Chop House in Manchester to mark the 35th anniversary of the artist’s death on Wednesday, 23 February. 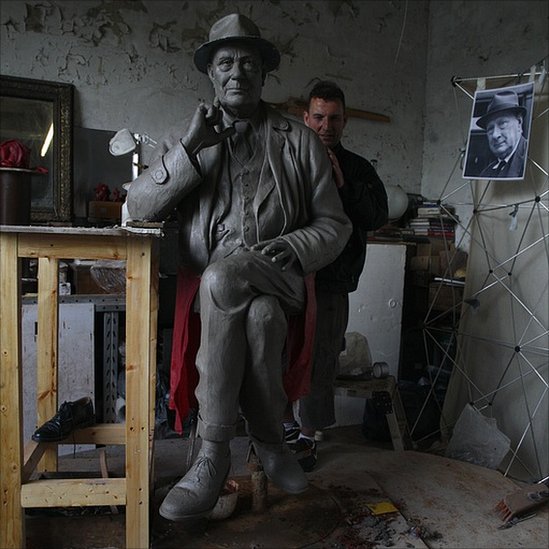 The statue, which has been created by Preston born sculptor Peter Hodgkinson, was commissioned by the pub’s owner Roger Ward after he saw a drawing of Lowry by Salford artist Harold Riley, recording the day they had a Christmas lunch there in the 1970s.

The artist knew the Chop House on Manchester’s Marsden Street well, as his job as a rent collector was based around the corner from it at the Pall Mall Property Company. He became a regular later in his life. 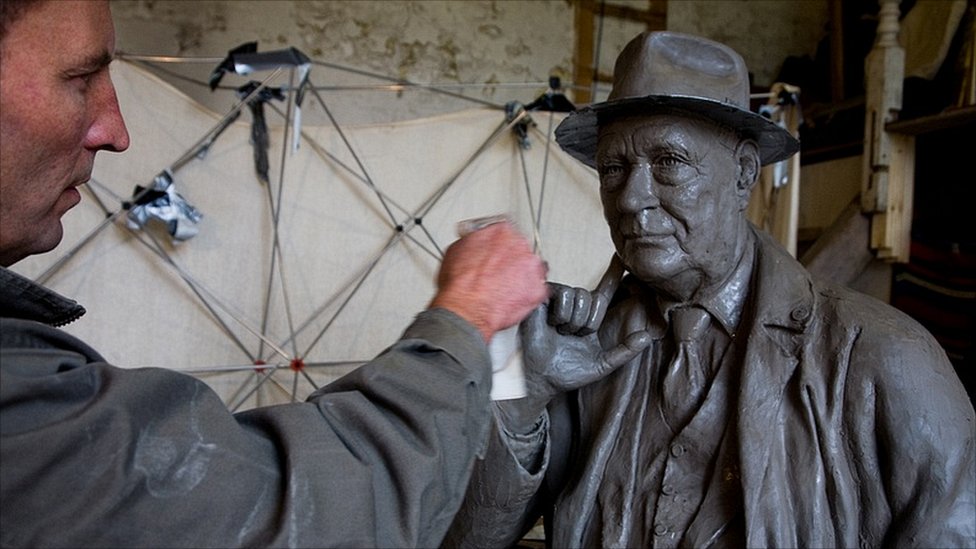 Mr. Ward said he chose Mr Hodgkinson to create the piece as he “created the famous statue of Sir Tom Finney at Preston North End’s Deepdale ground, and when I met him, I knew he would be perfect to immortalise Lowry in this unusual setting”.

In creating the clay version of the statue, from which the bronze was made, Mr Hodgkinson used pictures by photographer Sefton Samuels as source material. The prints will also form an exhibition which will go on display at the pub.

Mr. Ward said he had decided to display Mr. Samuels’ images alongside the statue as “he met Lowry on a number of occasions and took what Lowry said himself was his favourite portrait – it was Sefton who told us that Lowry hated to be depicted smiling”. 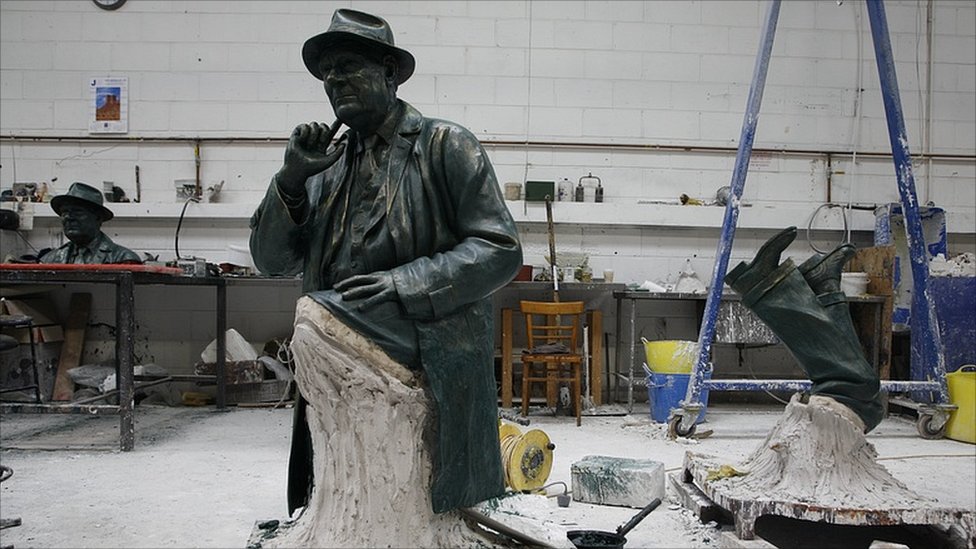 The finished statue of Lowry, which will weigh 300kg, will be delivered by dray wagon on Monday. It will be passed through the only window big enough at the pub and placed on a seat at the bar by a team of weightlifters.

The bronze sculpture has been made from Peter Hodgkinson’s clay sculpture at Zahra Modern Art Foundries in Braintree, Essex, and will be unveiled to the public on Wednesday, 23 February.