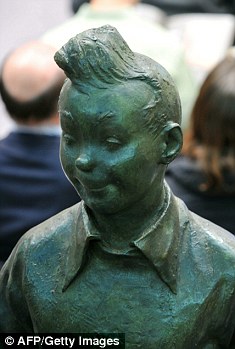 A lifesize bronze sculpture of Tintin by Belgian artist Nat Neujean has been sold for £108,705

A lifesize bronze statue of comic book reporter Tintin and more than 200 other items linked to the diminutive globetrotter have fetched more than £870,000 at a Paris auction.

The most expensive lot was two inked and water-painted original panels from the 1938 King Ottokar’s Sceptre album, which went for £211,974.

The bronze statue, showing Tintin with his hands in his pockets and dog Snowy at his side, went for £108,705 in the Saturday auction at the Drouot-Montaigne auction house.

Belgian artist Herge’s adventures of Tintin have been translated into nearly 80 languages and sold more than 200million books since 1929.

Racial and cultural stereotypes in books such as Tintin In The Congo have prompted criticism, but demand for Tintin artifacts remains strong. 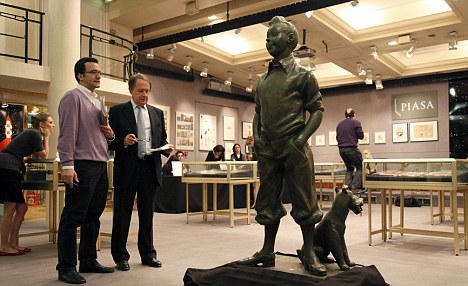