After quite a few years, the Provo Library has asked Big Statues to work on another bronze statue for the Library grounds. The previous statue that Big Statues created was of Brigham Young, a prominent figure for the state of Utah. The statue can be seen driving down one of the most popular streets in Provo, University Avenue. The statue has become a landmark for the library as many not only drive by but also walk to go to and from school at one of the nation’s most popular campuses, Brigham Young University. 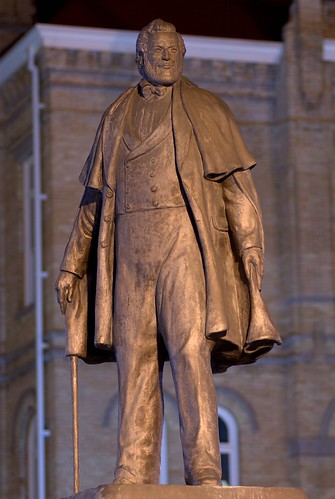 Matt Glenn, lead sculptor at Big Statues, is a big fan of Brigham Young University and is currently sculpting in the Provo area. This fact makes the statue even more personal. Matt Glenn commented saying, “Many of our statues we don’t get to see in person after they are installed. They go all over the United States. Having this statue close to home, next to another statue we did previously, makes this a special project. We can’t wait to give the Provo Library another piece of beautiful bronze to be known by.” The statue will be of A. O. Smoot another prominent figure in the state of Utah. Both statues will stand together giving back to the history of the statue of Utah.